Microorganisms contribute to natural water treatment in saltwater aquariums. Just why this is the case, can be explained with the so-called nitrogen cycle. As it forms the basis for successful (microbiological) care of saltwater aquariums. As the name already suggests, nitrogen compounds- to be more precise, ammonium, ammonia, nitrite and nitrate - are part of this cycle.

A simple and straightforward explanation of the nitrogen cycle: Nitrifying bacteria transform ammonium and ammonia, which are formed from organic waste material (such as uneaten fish food particles, animal excrements, etc...), into nitrite and eventually into non-toxic nitrate, which is a food source for corals and algae. Denitrifying microorganisms break down nitrate to gaseous nitrogen.

Ammonium is largely unproblematic for your fish population. However, if the pH value rises above 8.3, highly toxic ammonia is increasingly formed. If the nitrogen cycle functions properly, ammonia is degraded to nitrite by bacteria as described above. With pH values at normal levels, nitrite does not pose a problem. If the pH value decreases into the acidic range, nitric acids are increasingly generated which can lead to death for fish and other creatures.

To ensure an undisturbed nitrogen cycle and, hence, natural water treatment, the maintenance of saltwater aquariums depends on microbiological products. In our Söll laboratories, the required microorganisms are cultivated in a particularly pure and potent form.

Our advice: Make certain to provide sufficient habitat for beneficial bacteria. "Live rocks" are ideal for this purpose. They take on an important biological filter function. Another way of permanently establishing bacteria is offered by the product aquamarine NitrateRemover, which is habitat and co-substrate all in one. 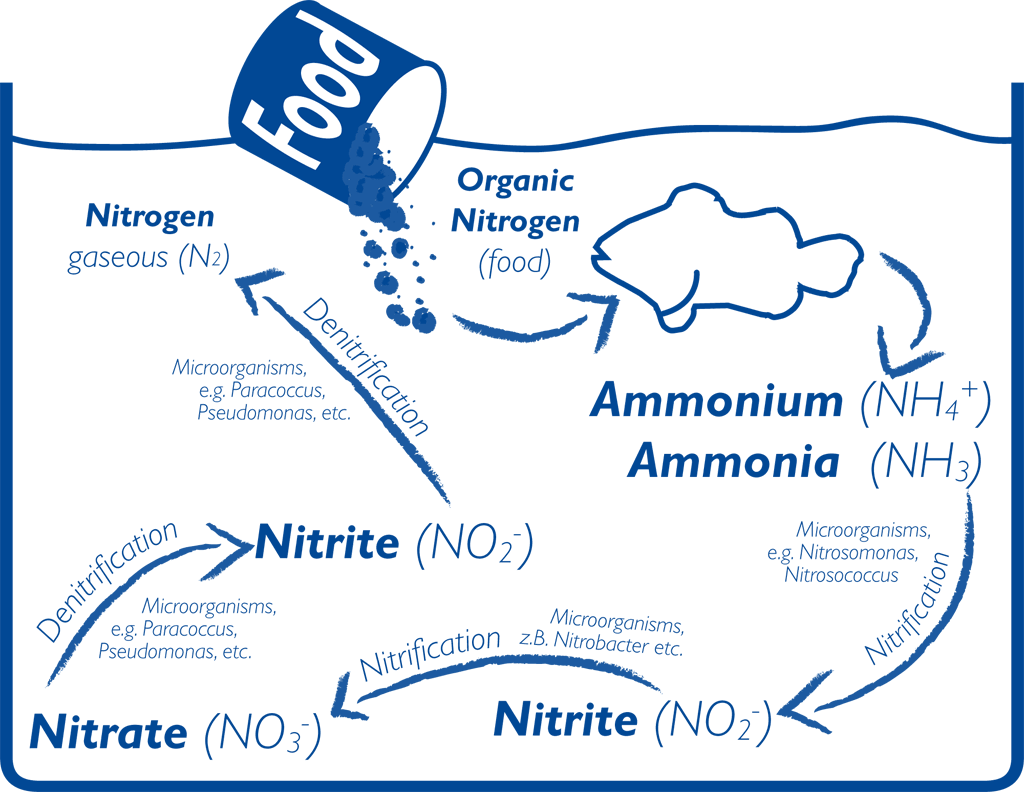